Extracting to an array 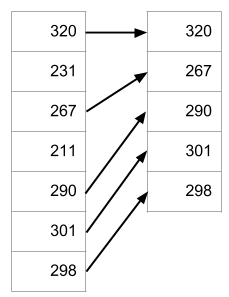 Makes it easier to write clean code, like this:

Arrays are a cross between variables and worksheets. They're variables, since they're in memory, like all variables. They're like worksheets, because they can have rows and columns. 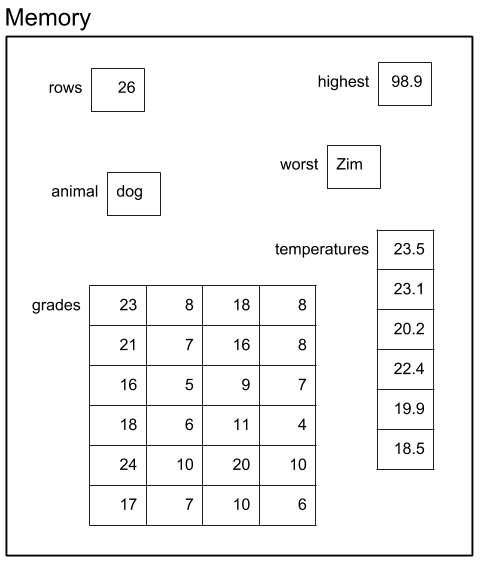 Looks like rows is an Integer, although it could be a Single that happens to be a whole number. highest is a Single. animal and worst are Strings. animal is the best animal. worst is the worst Invader. Or the best, depending on your perspective.

There's one row in grades for each student. Row 1 is for the first student, row 2 for the second, and so on.

Arrays are not as flexible as worksheets. In VBA arrays, every cell must be the same data type. They must all be Integers, Strings, whatevs. In a worksheet, you can have a string in one cell, an integer in another, no probs.

The numbers are how many elements are in the array. So you can 100 elements in sales.

Actually, you can put 101, because sales(0) also exists. We'll pretend it doesn't.

You refer to array elements the same way you refer to cells. With indexes. For example:

Let's analyze the last one. Here's the data again:

In grades, there's a row for each student, and a column for each assignment. We want to get student 2's score on assignment 1. That's row 2, column 1. So:

If the grades data was stored in a worksheet, we'd have:

Let's say we have the sales data again: 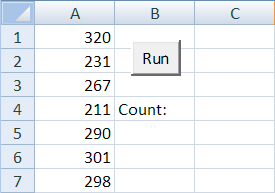 Here's the code we used to extract sales more that 250 to the worksheet:

Let's make a version of the code that puts the extracted data into an array.

Hardly anything is different. Line 2 declares the array. Line 12 copies data into the array, for values more than 250.

Let's compare the two versions of that copying code:

sales is a one-dimensional array, so it only needs one number in the parens [ the ()].

Arrays are less flexible than worksheets, since all the data elements have to be the same data type. All Single, all String, whatevs.

Other programming languages, like PHP and JavaScript, let you put data of different types in the same array, like having an array that has strings in some cells, integers in other, and singles in others. VBA does not let you do that. All elements of a VBA array have to be the same data type.

Also, you can't see arrays directly. They're just in memory.

So, why use arrays?

Arrays are a cross between variables and worksheets. They're variables, since they're in memory, like all variables. They're like worksheets, because they can have rows and columns.

Arrays are not as flexible as worksheets. In VBA arrays, every cell must be the same data type.

Every programming language you'll use has arrays, and they work more-or-less like VBAs.