Coding standards are rules for writing code. They help all the humans on the project understand your work.

We have a few coding standards in this course. 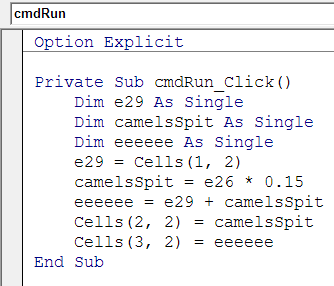 Hey, cat, what does that code do? 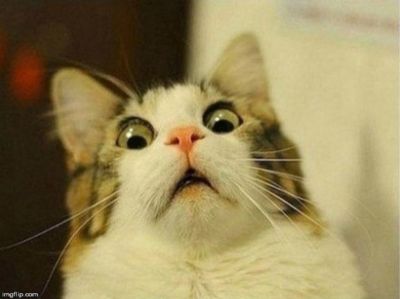 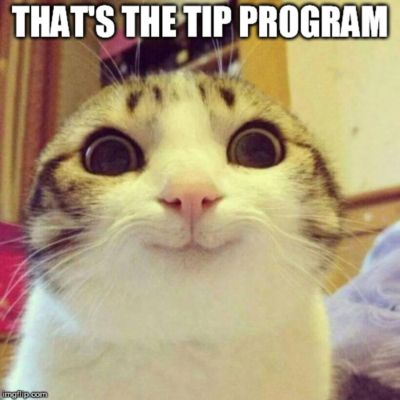 Always use variables names that match the purpose of the variables in the program. For the tip program, amount is a better variable name than e29.

When a variable name has two words stuck together, use camel case. The first letter of the name is lowercase. All other letters are lowercase, except for the first letter in each new word.

Say you have a variable for interest rate:

Some more examples, some a little strange:

Camel case is just one way to write variable names. There are other standards. As long as the variable names are easy to understand, each standard is as good as any other. Pick one standard and go with it. We'll go with camel case.

This should be the first line in your program. If it isn't there, you'll waste time finding misspelled variables names. Can lead to screaming. 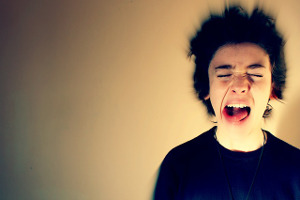 See the tip about declaring variables for more.

Programs are written in chunks, like Input, Processing, and Output. It’s a good idea to add a comment identifying the start of each chunk. For example: 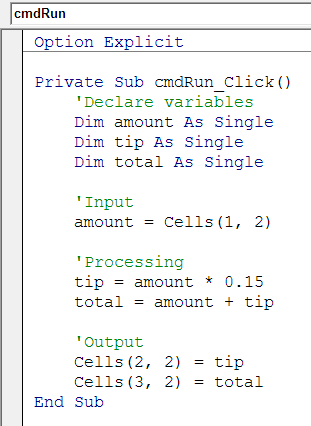